Dan Mumm is a seasoned guitarist, composer and performer. He began music at a very young age and has been composing and performing ever since.
Originally making a name for himself in the Sacramento music scene, in recent years Dan has built a worldwide following.
Dan’s original music and unique Neo-Classical arrangements of popular Classical pieces have garnered millions of plays and video views online.
He released his debut solo album “A Glimpse Beyond” in 2012, his EP “No Illusions” in 2013, following up with his 2nd full length album “Peering Through the Lens of Time” in November 2015.  Dan is a multi-instrumentalist who also plays and writes music for the violin, bass guitar, drums and piano, among others.  Dan is also closely associated with Doug Mark’s legendary Metal Method, having made 4 advanced instructional guitar programs under the label.  His comprehensive guide to sweep picking technique, Sweep Pick Mechanics, was one of the best selling programs, upon it’s release, in Metal Method’s 30+ year tenure.  Dan has also performed around the world, making appearances at international trade shows such as Music China in Shanghai, NAMM in Anaheim, CA and the Frankfurt MusikMesse in Frankfurt, Germany.

"As far as I'm concerned, DV Mark's Multiamp finally delivers on what modeling amps have been promising since day one." -says Dan- "They've succeeded at putting the most popular tube amps into one piece of lightweight, precision technology.The tone is perfect.I can't believe I'm saying this but it's possible that I'll never buy another tube amp again."

Dan Mumm is a seasoned guitarist, composer and performer. His original music and unique Neo-Classical arrangements of popular Classical pieces have garnered millions of plays and video views online. 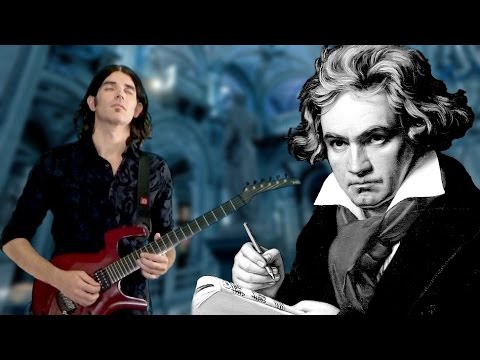