Fabrizio was born in Naples in April 1971.
After his classical studies at the Conservatory in Benevento he played in various bands on many stages in all Italian clubs.

In 2001 he felt the need to propose some original music. This is when the Fabrizio Fedele Trio was born. Today he has 10 records under his name, 4 released under AFRAKA 'RECORDS label, 2 with MATERIA PRINCIPALE, one with SPAZIO CREATIVO Ed., 2 with CELLARSTUDIO and the last one with RAINBOW INDEPENDENT LABEL.

From 2006 to 2011 Fabrizio has been part of the band OSANNA and he recorded the single L’UOMO, a double vinyl entitled PROG FAMILY,  a vinyl named LIVE AT CLUB CITTÁ – Tokyo- He aslo had the opportunity to work, on stage and in studio, with a swarm of adolescent myths like DAVID JACKSON (Van Der Graaf Generator), DAVID CROSS (King Crimson), TM STEVENS (Steve Vai), GIANNI LEONE (Balletto di Bronzo), RITCHIE KOTZEN (Mr. Big) and many others and toured with them for 6 years, traveling in many countries. In 2010 he recorded PROG EXHIBITION, a box of 4 DVDs and 7 CDs with the biggest names of the Italian and international prog-music: PFM above all.

BETWEEN JUPITER AND MARS (Rainbow Independent label - vinyl) is his last release, first vinyl under his name, showcased on November 25th 2017.

In April 2018 he also released a DVD + digital CD entitled “ON AIR: live session” (Rainbow Independent Label) that testifies the evidence of the BJAM vinyl recording and is also a live-in-studio that traces a big part of Fabrizio’s recording career.

“I was shocked by that enchanting sound so much that I thought it was coming from multiple amplifiers."—says Fabrizio—"A perfect dynamic and unique sound that was perfectly tailored on me like a suit. I found my perfect amp!” 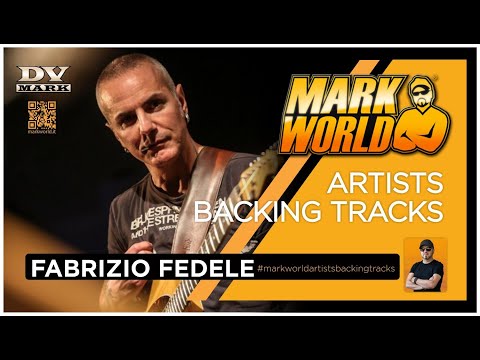