Femi Temowo was born in 1976 in Akure, Nigeria, first in a family of ten siblings. Femi moved to London, England at age 10, and began playing guitar at 17. He quickly entered the professional scene, and by 21 was highly regarded on the jazz and pop music scenes. Between 1998 and 2001, Femi studied jazz at Middlesex University under the great educator Stuart Hall (Loose Tubes). After graduating, he was approached by the UK jazz/hip-hop artist Soweto Kinch to join his then-brand-new quartet; the group went to on to win many awards including a Mercury Music Prize nomination, BBC Jazz Award for best new group, and several Mobo awards.

As an educator, Femi is on the guitar faculty at Tech Music School, a contemporary music institute based in west London. He also gives master classes and seminars all over Europe and the UK as part of The Urbanator Project, a music education programme founded by violinist Michal Urbaniak (Miles Davis) and based in Poland.

Femi’s slick and melodic guitar sound has earned him a place beside many great musicians and artists from across many genres, including George Benson, Courtney Pine, The Roots, Omar, Roachford, Amy Winehouse, Jason Rebello, Eska Mtungwazi, Soweto Kinch, Terri Walker, Jean Toussaint, Don Blackman, Michal Urbaniak and many more. In September 2006 Femi released his debut album “Quiet Storm.” The album was released to much adulation and praise from peers and industry experts alike.

Femi’s latest project sees him in a trio/quartet setting where he is expanding on some of the ideas he began to explore on his debut album―but in a smaller group setting, experimenting with Nigerian folk sounds and jazz song form. The guitar/bass/drums trio format is sometimes enhanced by a vocalist.

“My DV Mark is an all-tube amp that gives me traditional tube warmth with the clarity of a really good transistor amp… I love it!" says Femi.

Described as one of Europe’s finest and most sought after guitarists by Timeout magazine, DV Mark artist Femi Temowo is heading back to the studio to record his third album and is asking for pledges to help make it happen. 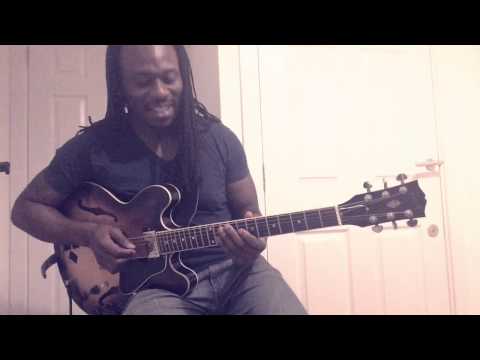